You are here: Home / Iron Railings 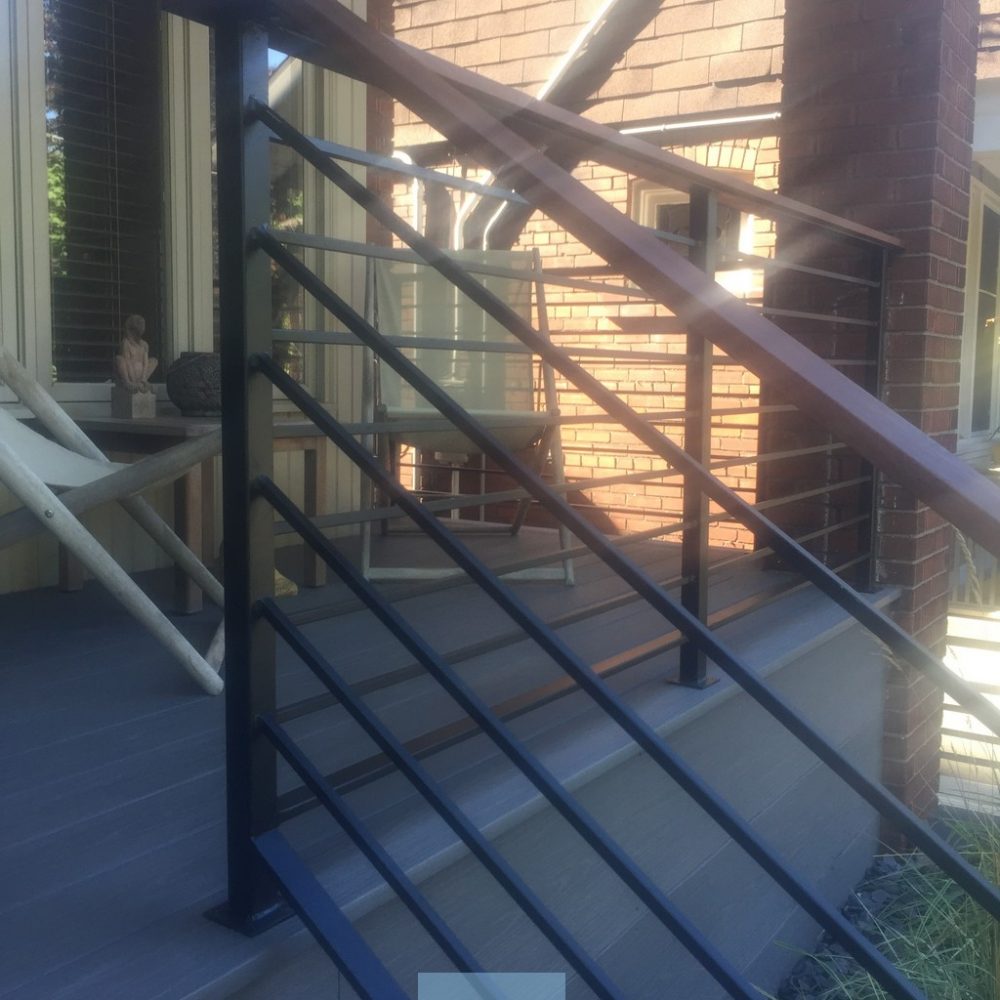 Iron is a popular building material for many home and garden design applications. The material is favored for its strength and durability. Iron railings are great because they can withstand the elements and will not become damaged. Iron has been used for metal work and for the construction of railings of all types since the Victorian age. Some iron railings are designed with ornate patterns and shapes that can be beautiful enough to be called art. Iron railings can be finished with various colors of paint, enamel and galvanization, which will enhance their look and protect the railings from corrosion and damage. Depending on your budget and your needs, you can either purchase prefabricated sections of iron railings or have an iron worker fabricate railings with a custom design.

Iron railings can be used in a number of applications. Most commonly, they are used for fences, in combination with a stone or brick wall or for balcony railings. Iron railings can also be used as security fences and in some cases, ornamental and functional finials are attached to the tops of the railing posts in order to dissuade anyone from climbing over. Iron railings have traditionally been used to border balconies as a safety feature. Railings can also be used to establish a division between particular areas in your yard.

How Iron Railings Are Made and Installed

Whether it is cast or hand shaped, the iron is made into the various parts of iron railings. This includes posts, rails and other decorations and designs. After the iron pieces have cooled, they are assembled by a welder in order to form the panels and other railing parts. Once this is done, a finish of either paint or enamel is applied in order to prevent rust and corrosion.

Once the iron railing panels are finished, they need to be fitted and installed. This is usually done by anchoring the posts into the concrete, brick or stone that will serve as a foundation. The foundations can be drilled and the posts are set into place with an anchoring adhesive. The railing can also be anchored into the sides of any walls or foundations that will connect with the iron railings. After the anchoring adhesive has dried, any additional fixtures can be installed and the process is complete.

Fitting iron railings requires special tools and is best left to a professional due to the fact that it can be a complicated and involved task. With the right design and style, your house and garden can be transformed with new iron railings. The traditional look of these railings can be the perfect compliment to many different architectural styles.